Ludhiana city was founded in the time of Lodhi dynasty which ruled in Delhi from 1451-1526 A.D. The legend goes that two Lodhi Chief Yusaf Khan and Nihand Khan were deputed by Sikandar Lodhi (1489-1517 A.D.) to restore order in this region. They camped at the site of present city of Ludhiana which was then a village called Mir Hota.read more... 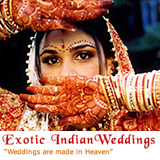